Miike Snow are an indie-pop band from Stockholm, Sweden. The band consists of members Andrew Wyatt – singer and the producing duo Bloodshy & Avant. The bands name comes from one of the members receiving an email from their friend (Mike Snow) whilst coming up with band names, supposedly the extra i being in their simply because they like the look. The band have become well known for using the image of a jackalope in their album/single artwork (as seen above), a Jackalope being a half jackrabbit, half antelope creature. Including the most recent, Miike Snow currently have 3 studio albums, this one being ‘III’.

Despite the indie-pop label Miike Snow have been given, ‘III’ features throughout a witches cauldron of genres mixed and mashed. The album mixes together RnB and Hip-Hop elements, electronic and indie, all whilst still having that tinge of Miike Snow to balance everything, check out ‘The Heart Of Me’ for instance. The album features just one interestingly random guest spots by pop artist Charli XCX on the song ‘For U’, delivering her Lily Allen-esque vocal style in a perfectly well performed and song complimentary chorus. Apart from ‘Genghis Khan’, the albums second single release, ‘III’ is annoyingly forgettable. Previous Miike Snow records have been a little rougher round the edges, felt like their was a little more soul injected into each songs, whereas ‘III’ is far more pop oriented, with simple and short pop tracks which just pass on by. The forgetablity of the album isn’t helped by the fact that many of the songs sound quite similar or include a few similar moments, leading to this deja vu moment of a boring song you’d heard 6 minutes ago. The album is pretty good till it’s half way point with Charli XCX, then things go downhill, the sign of an album that may have had to much time spent on creating pop singles, which were all shoved at the front, and then all the filler chucked to the back.

I didn’t really listen to Miike Snow a whole lot before this album, but I had heard they were good and produced some great albums, so ‘III’ feels a bit of a let down to me. It features some fine songs and even the second half isn’t performed/written badly, just a tad boring. 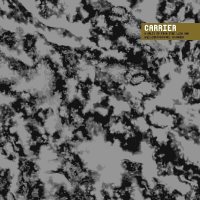